A Day in the Life of a Yogi Mom Tea Love and Bacon Little have been on a new kind of adventure – the middle school years! Bacon Little is adapting quite well… well, mostly. Grades are good – check. Active in extracurriculars – check. Behavior, mood, and good choices – let’s just say that sometimes there’s room for improvement. Something kind of miraculous… Read more

A Day In The Life Of A Yogi Mom: Trust The Process 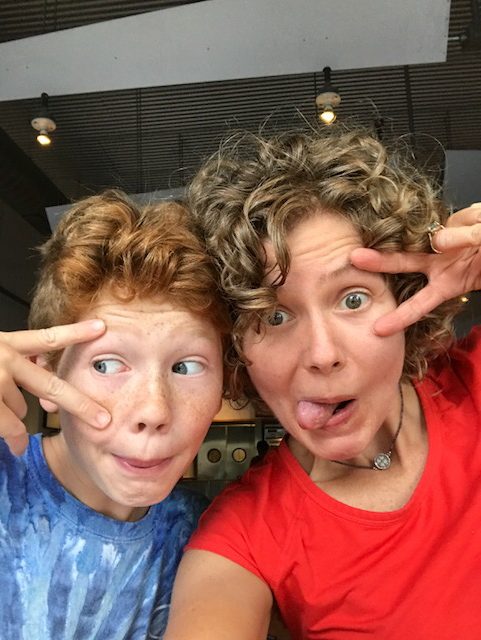 Bacon Little and Tea Love were off on another adventure. While Bacon Little was getting jiggy with it in the car, Tea Love looked over at him with such motherly admiration and thought, “The golden moments are the most ordinary ones.” “What a beautiful day!” Bacon Little said with such celebratory fervor. Tea Love smiled… Read more

A Day In The Life Of A Yogi Mom: Dab and Fly Bacon Little has been dabbing everywhere. From celebrations to gatherings to hangouts, while Tea Love has been spinning around the buzz of the end of the school year like the latest and greatest fidget spinner with bright lights emitted at each 360-degree turn. As Bacon Little was prepping for his 5th grade graduation, he slipped… Read more There was quite a bit of action leading up to this latest adventure in the mountains. While Bacon Little was refining his chivalry skills, Tea Love was pondering the latest truths. Not the kind of truth of whether the light was green or red, but the kind of truth that whispered its gemstones right into… Read more

A Day In The Life Of A Yogi Mom: The Chameleon Awakens 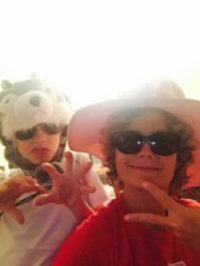 Chameleons change their color mostly for social signaling, but sometimes it can be for temperature changes or for just straight up survival mode camo style. They have the ability to transform their outward appearance by changing the space between the guanine (pronounced gwah-neen) crystals and when that space is changed the wavelength of light reflected… Read more

A Day In The Life of a Yogi Mom: The Big Transition

Life transitions are like a bag of Divine mixed Hershey chocolate bars – some of those moments are so snap, crackle, poppin’ awesomesauce, you keep reaching for more, while others are crunchy, bumpy adventurously delicious, and still others are so bittersweet we dream of only taking small bites saving the rest for later, much, much… Read more

You may recall the dynamic team of Tea Love (Yogi Mom in the making) and Bacon Little (Yogi son in the making) on their last adventures into their growth in light and love in the context of their day-to-day life of eating vegetarian style, fighting the GMOS and processed red sports drinks, shopping adventures as… Read more

A Day In The Life Of A Yogi Mom

My son eats cheese puffs and I’m a yogi mom.  He also drinks those red sports drinks with that horrible red dye in it.  I know, I’m a yogi mom!  Shouldn’t I be putting stevia in my organic apple cider vinegar concoction and have him drink that for pleasure AND nourishment?  I mean really, I drink it (without… Read more